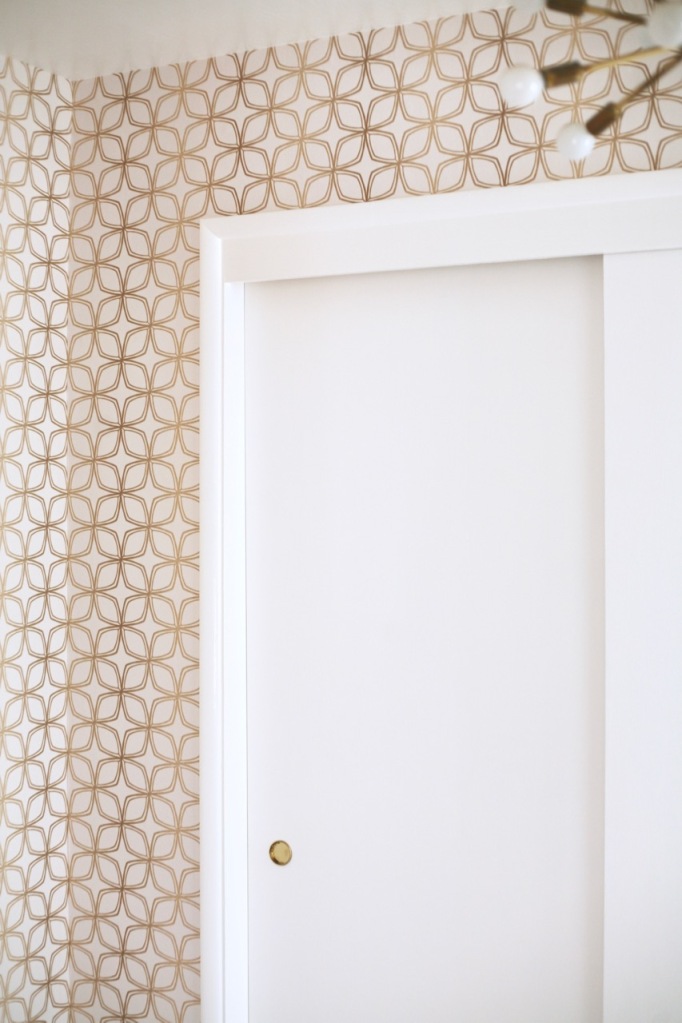 I wallpapered our dressing room this week. I am so happy with the results but IT WAS THE WORST JOB EVER. Surprisingly, I can’t remember another home project, besides shoveling rocks, that I disliked so much. What I thought would take 2 hours, took ten. These walls beat me down and broke me haha. Maybe it was worth it?!

I previously had drawn bamboo all over the walls in here but was never happy with the wall I started with and never had the motivation to redo it. I thought wallpapering instead would be a fun opportunity to switch things up and take just as much effort as I’d use to repaint. HA. In hindsight, this room isn’t beginner wallpaper level and nothing is ever easier than paint. There isn’t a lot of wall square footage, so the work looked deceptively easy, but I neglected to account for the gazillion corners and cuts that were necessary and didn’t quite grasp the scope of matching and leveling geometric patterns.

My only other wallpapering experience is hanging grasscloth, which the internet says is not for beginners but was fairly easy for me, so it stood to reason that hanging beginner level pre-pasted wallpaper would be easier. Wrong. There are seams to hide! There are patterns to line up! There are crooked walls to make appear straight! Grasscloth, I’ve figured out, is easy to work with and covers a multitude of wall and installation sins. Oh, and it’s like twice as wide, so half the work. Don’t listen to the internet. I’m never hanging wallpaper again, except for grasscloth (…which is good because I just bought some black sisal for the black wall in our bedroom!) 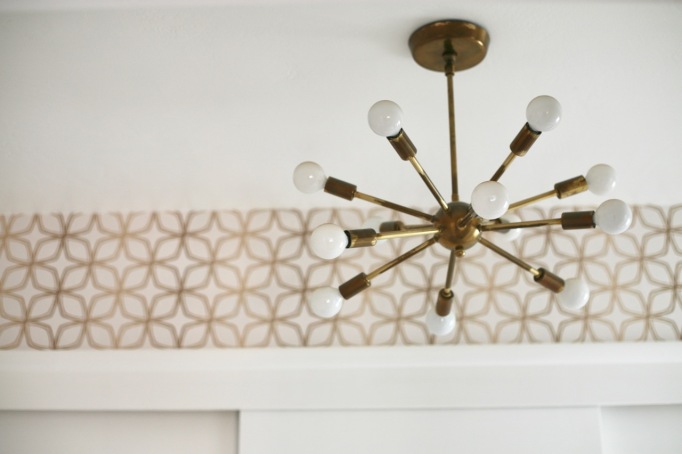 The result is great, and if I didn’t have such lingering resentment at the job, I would say that I love it so much. Maybe in a few days or weeks? It was nice to wake up to a new room. Most of my bad feelings stem from the fact that I gave a strong effort and I still ended up with imperfections. I’m not a perfectionist and wasn’t looking for perfect, but I gave great effort here only to good results and I’m annoyed at the waste.

The biggest failure was believing I had way more than enough paper but running out and having to patch in my last run (can you spot it in the photo below?). I hid it well, but I know it’s there, mocking me. The paper, which I didn’t check before hanging like you are supposed to – my fault, had defects throughout roll number 3, opened late in the game. I decided to work around it rather than wait weeks for an exchange, which would have been the right thing to do but at a high psychological cost that I couldn’t bear mid-install. Some minor defect, mostly dark spots, made it on the wall while the more major ones, black spots with tears (!?), had to be discarded. So annoying and defeating.

My second biggest failure was not doing enough coats of primer. I don’t think anyone would notice without it being pointed out, but that bamboo drawing shows ever so slightly through in some spots. SO DUMB. And I almost primed with clear primer…what was I thinking?! At least I primed?

My third failure was measuring loosely or trimming too hastily and then coming up just short. Total amateur hour. I wasted a lot of time lining up sheets that ultimately weren’t big enough. Luckily, I was able to reuse most, but one that took a particularly long time and a lot of effort to get fitted ended up being 1/2″ too short at the baseboard…and it was end of the line where I knew paper was already running short. Baseboards replacement (with taller baseboards) is imminent so I left it, but I know it’s going to bug me until we get around to it. Otherwise, I have a few small bubbles and one tiny tear at a corner, but those were all to be expected, so they aren’t driving me crazy. 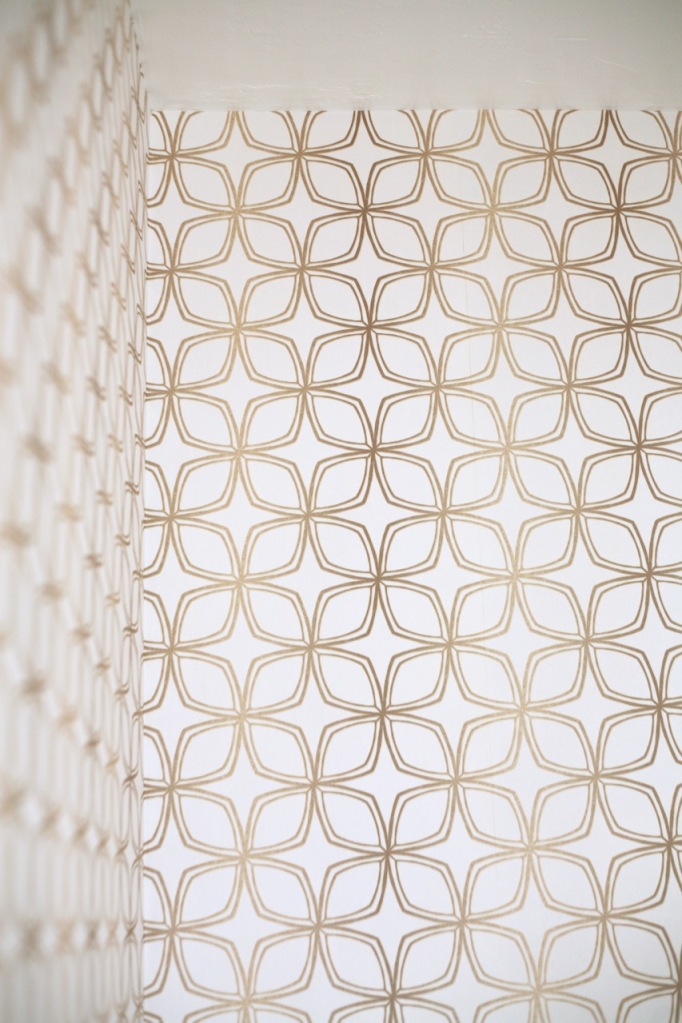 The paper, by the way, is Norwall SH34552 and so adorable. Wallpaper is a big commitment, but I’m confident I’ll love this print for years. It is just what I wanted…60’s feeling geometric, bold but not in an overwhelming way. I love that is has a slightly mid century Polynesian/Hawaiiana feel too…it softens the goodbye to the bamboo print. The price can’t be beat, nor can the pattern, but the defects mentioned above left a bad taste.

Sometimes extra hard jobs end up being the most satisfying ones and I hope my feelings towards this swing that way in the near future. One thing I know: no more! I’ve been toying with wallpapering our laundry room and maybe our hallway but that is a resounding HECK NO at this point.

Wondering if anybody has had similar (or exact opposite) experiences with DIY wallpapering jobs??? Was it the worst ever for you too? Will these dramatic feelings ever wear off?? Haha! xoxo