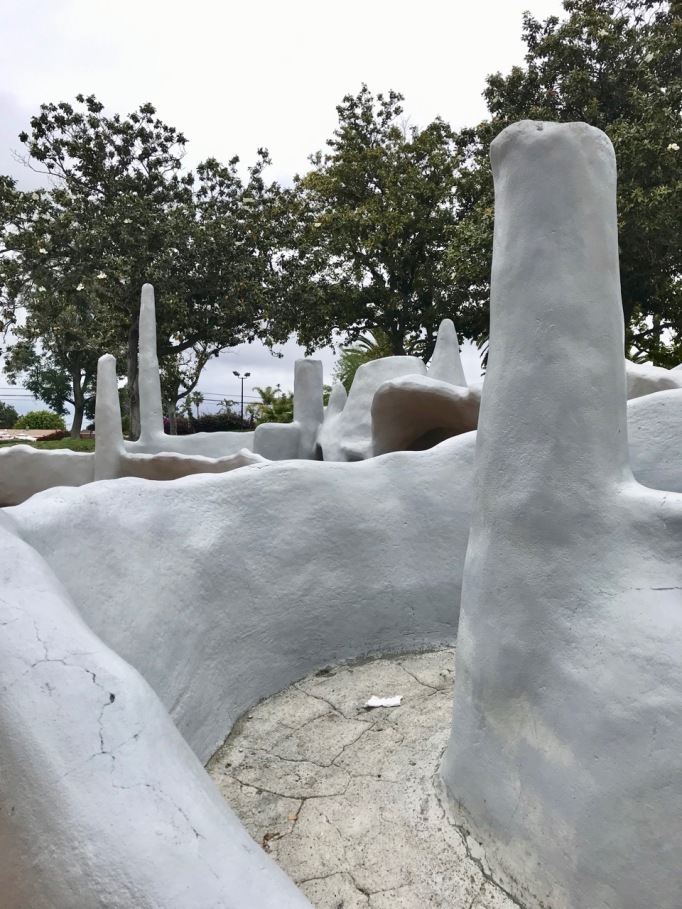 We made the shortest trip ever to our hometown (homecounty?), Orange County, CA, recently and had to pop in to one of my favorite places. A wonderland of a park in Anaheim. No, not that park. The second happiest place on earth: Brookhurst Community Park. I shared some (ok, a million) pictures of this place on IG stories and you guys went bananas and many locals hadn’t heard of it, so I figured a whole post was in order.

The city of Anaheim is special in a lot of ways. I think the presence and influence of Disneyland brought a quirky, inventive spirit to the suburb, particularly in the 50’s-70’s. Surrounding neighborhoods offered kooky gingerbread takes on the standard mid century ranches being built at the time. And the now sterilized and toned down motel row adjacent to the park was once grand and Googie as heck (proof).

And then there is this moon-inspired, space age delight. Built in 1974, the Brookhurst playscape was inspired by the incredible “Magic Moondeck” roof of the Kodak Pavilion at the 1964 World’s Fair. (See photos and read Kodak’s description of the building here! The moondeck was the instagram wall of the 60’s.) The park’s organic lunar forms were made of concrete and travel an impressive distance over the terrain. The original classic metal spaceship play equipment is now sadly long gone (hit nearby Boysen Park for your fix!), but out-of-this-world channels, bridges, tunnels, craters and pinnacles dot the land in all directions to this day. 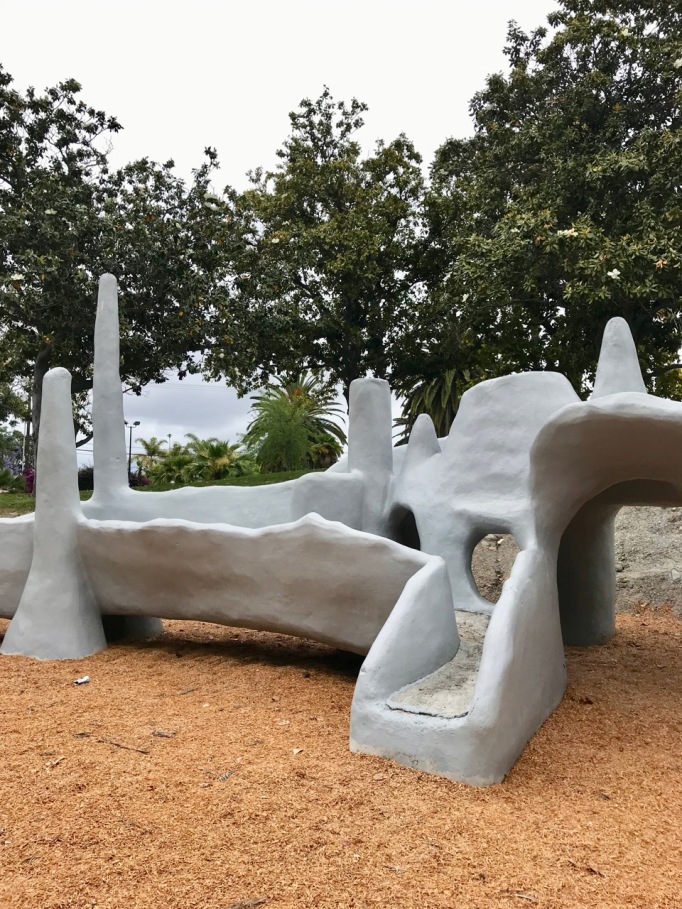 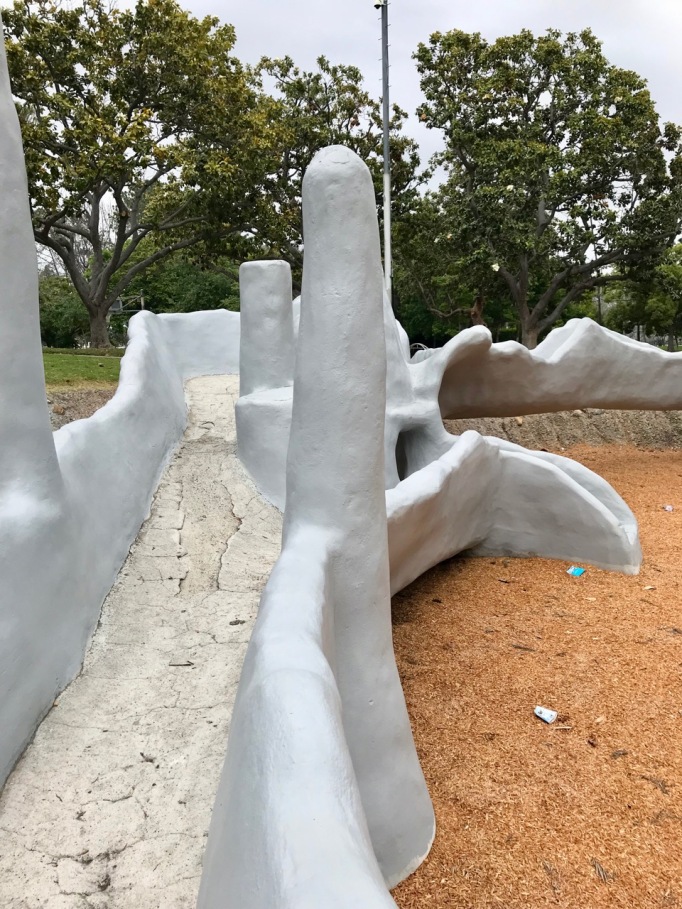 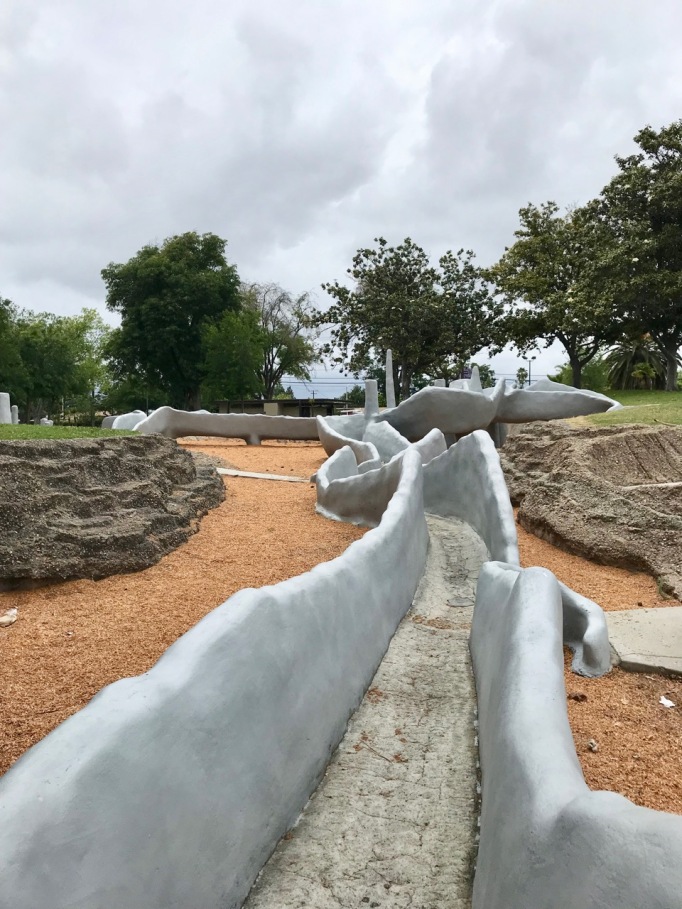 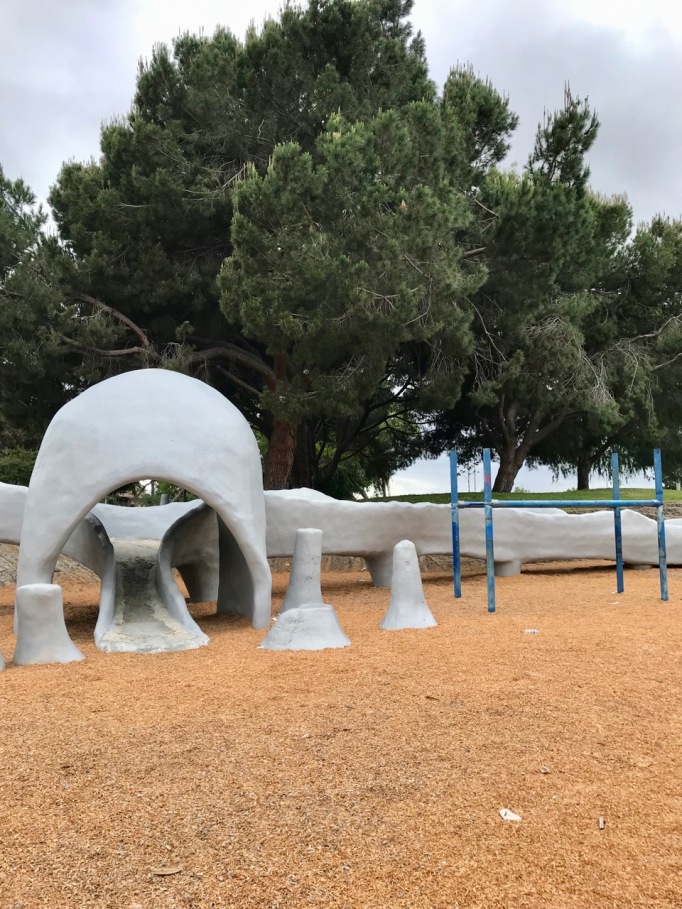 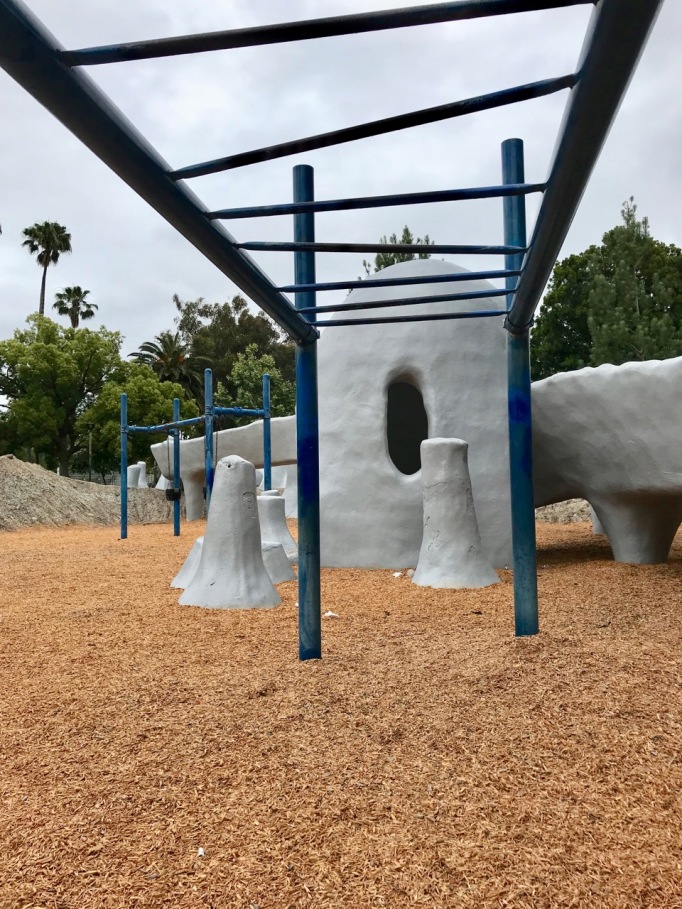 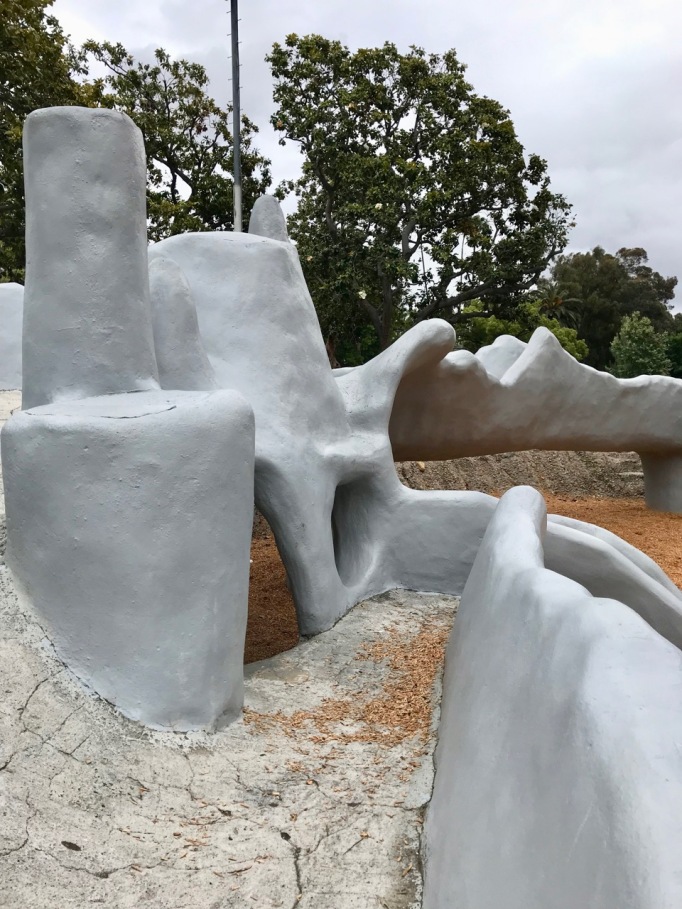 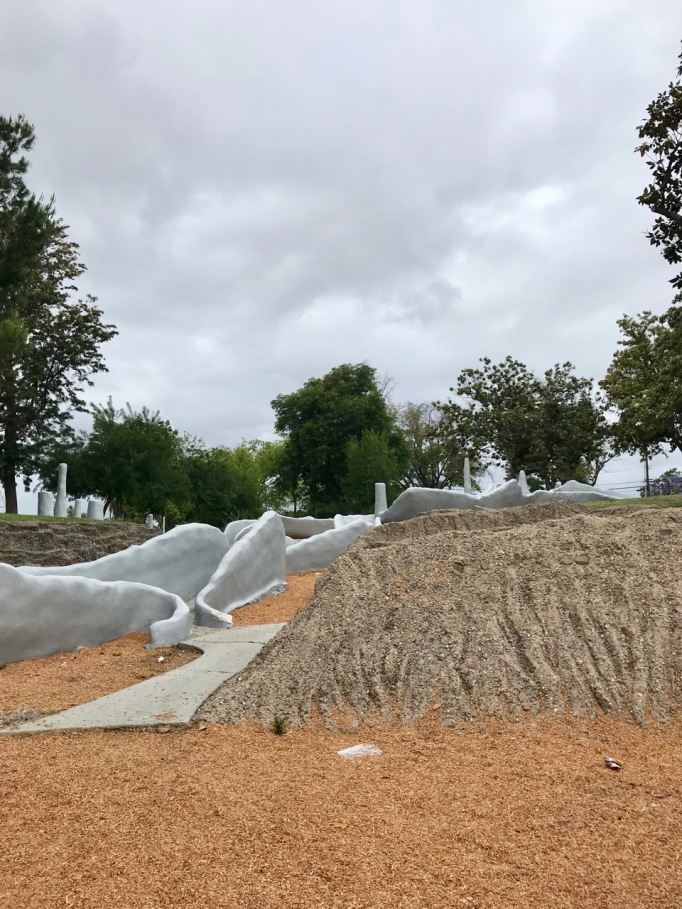 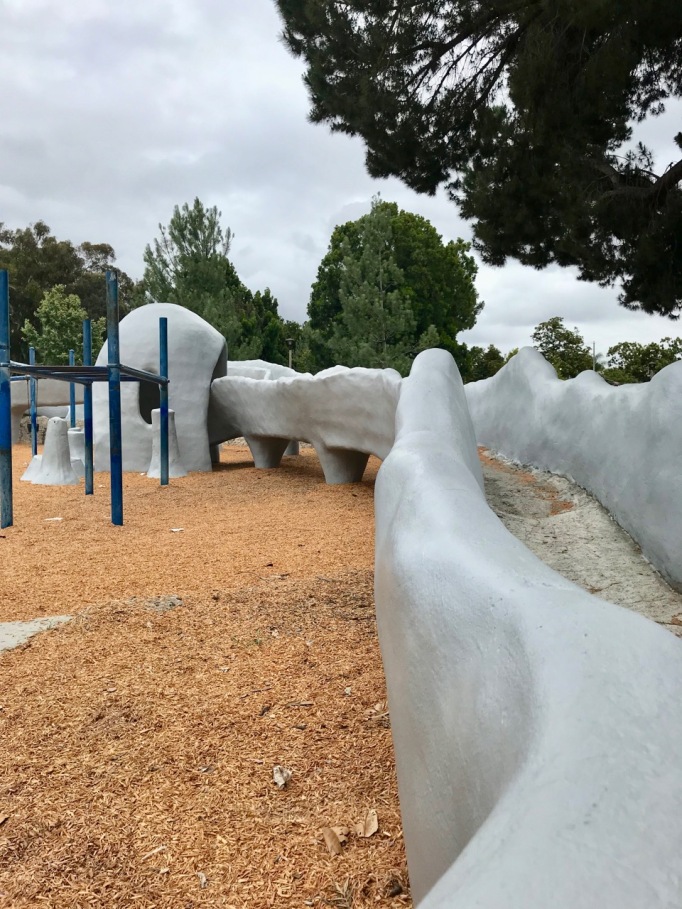 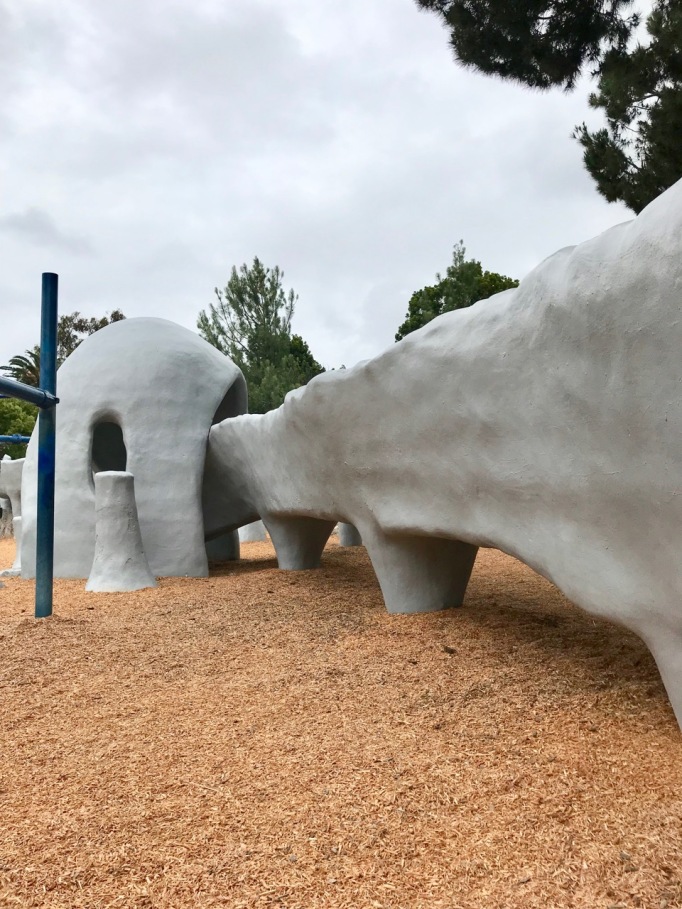 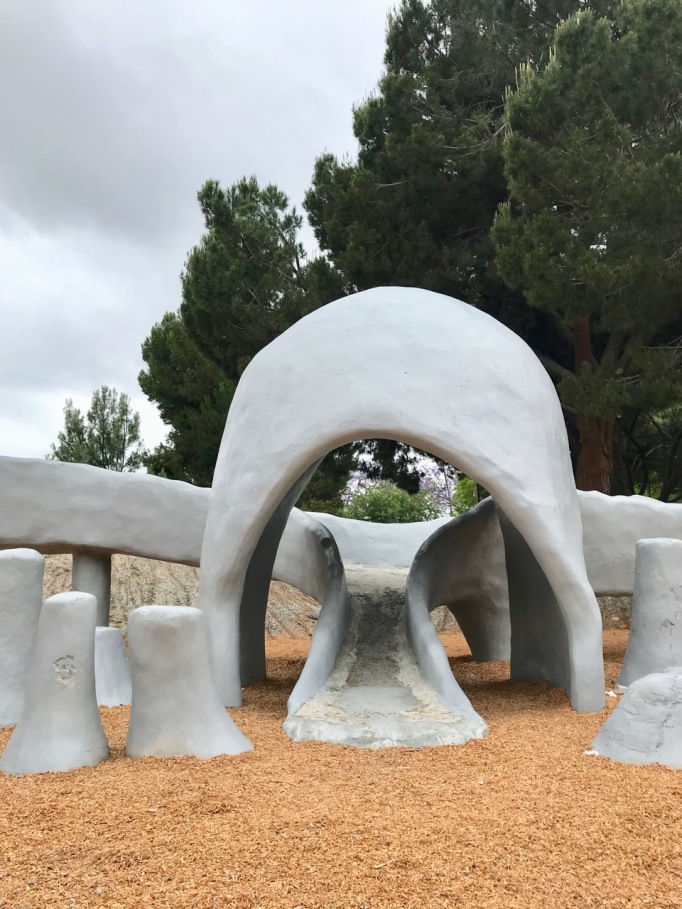 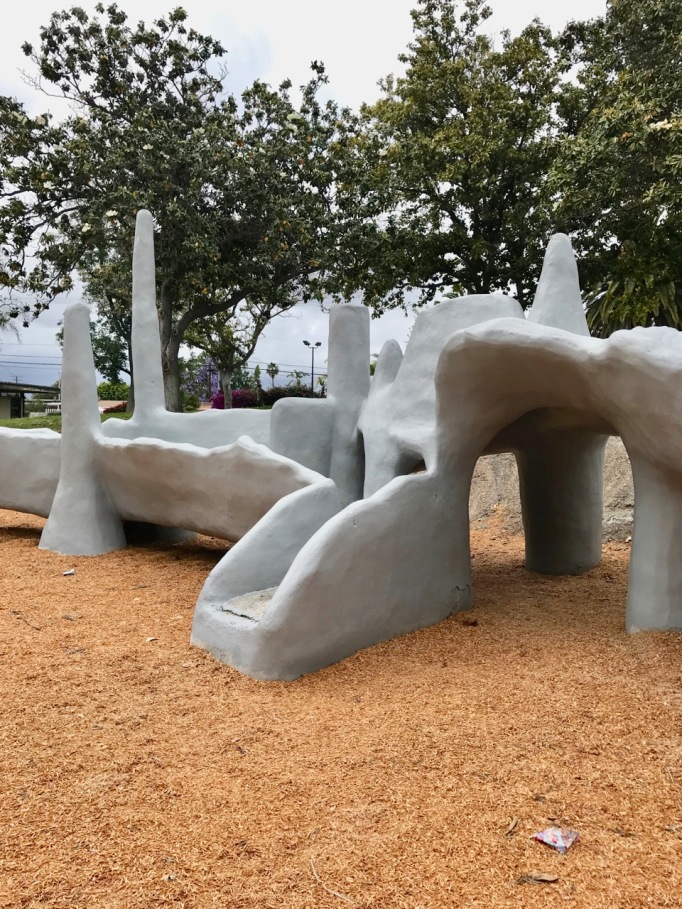 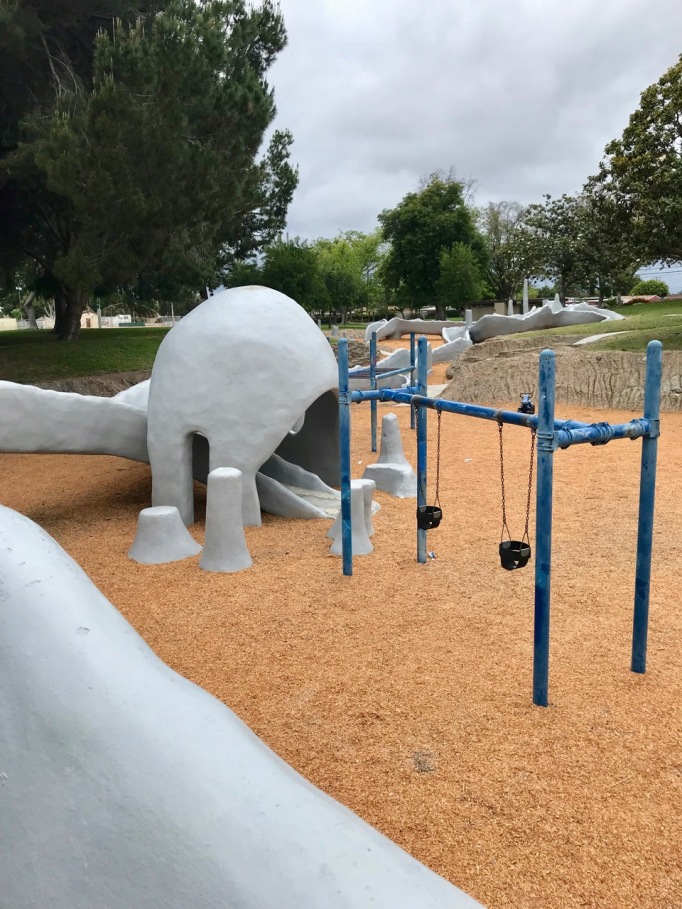 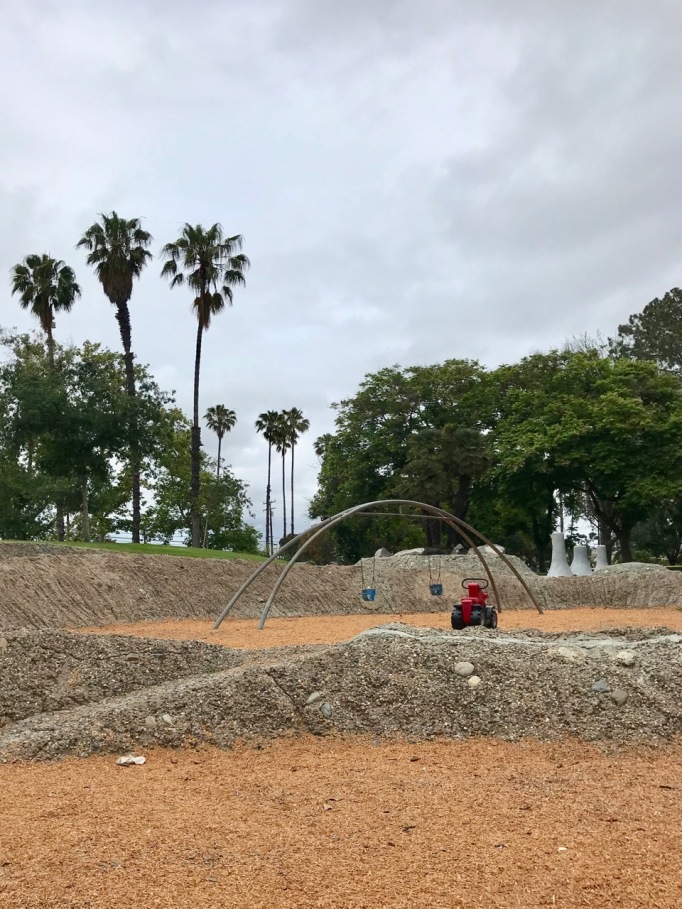 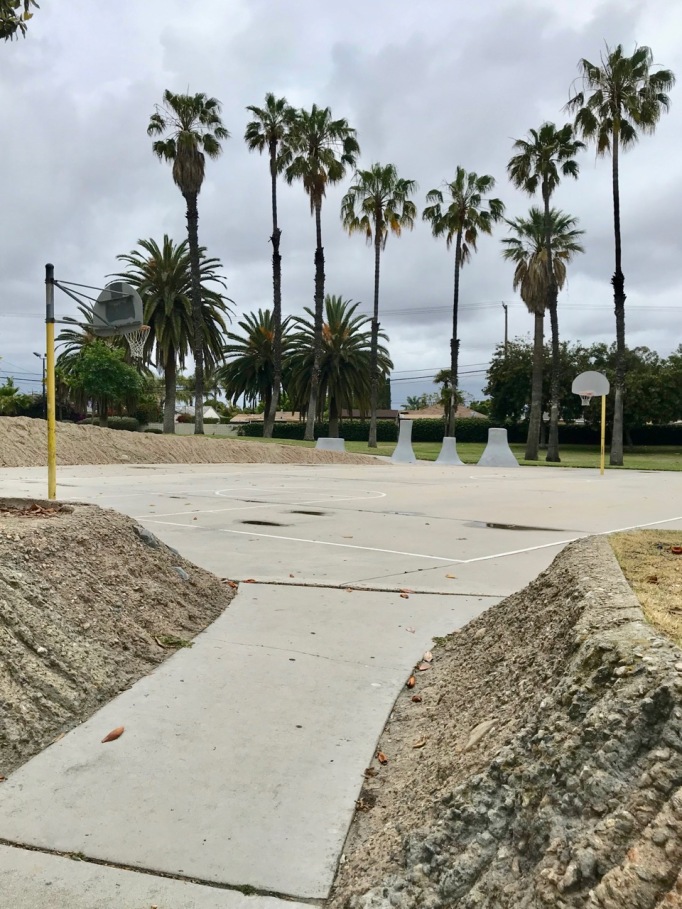 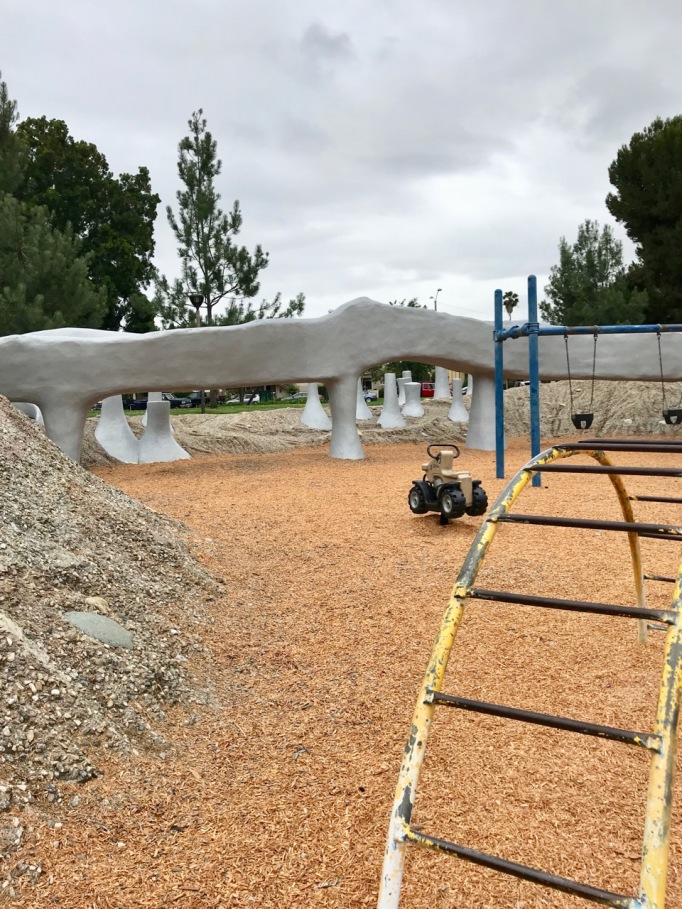 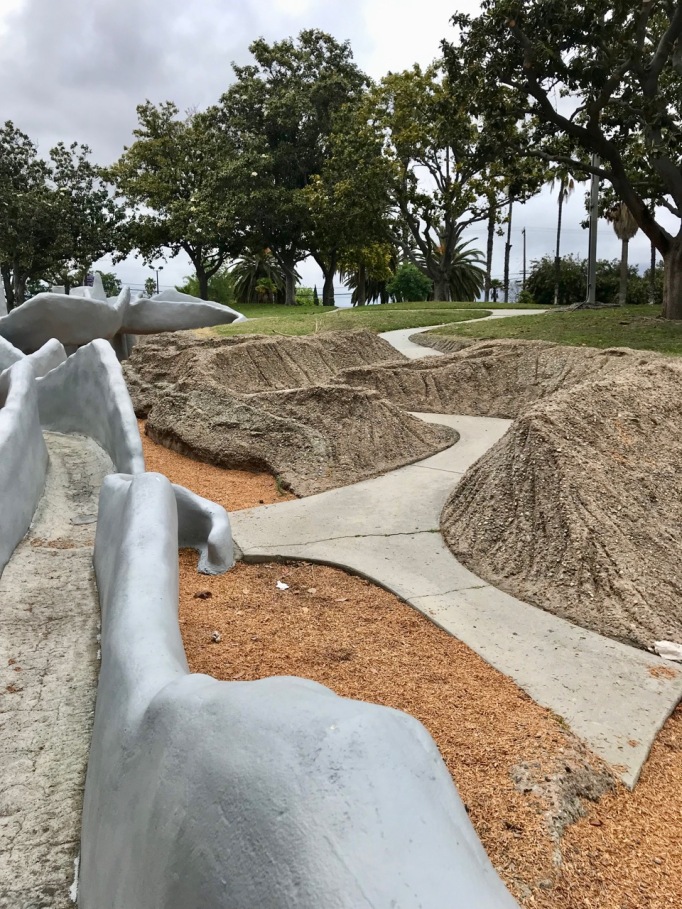 As if it the history wasn’t already colorful enough, local skaters descended upon the moonscape by the 80’s and it became known as the legendary skate spot Sadlands. In response, the city roughed up the smooth terrain of the craters and planted trees in others to discourage the riffraff. The nearby skate park serves as a tribute to those bygone smooth formations and efforts are underway to bring Sadlands back. Messed up craters or not, the park still lives on as possibly the most inspired play space ever built.

Personally, I have an additional layer of mythology attached to the spot. I discovered it not as a kid, although I grew up a few miles away (parent fail), but by a weird (really weird) stroke of fate. As a college photography student, I was doing an odd Orange County documentary-by-chance project I conceived where I literally drew Thomas Guide coordinates out of a hat and photographed the resulting locations. This was before google maps and yelp, when people put physical maps in their glovebox and FILM in their cameras and paper in hats to random generate. I kid you not, one of the coordinate combos landed me right here. I had no idea what was in this spot, but I drove there, climbed out my car camera in hand, and in complete shock and joy ran those channels like the crying-adult-at-a-children’s-park-with-a-camera creep that I am.

In closing, Orange County is just the best and do not miss this park. The end.