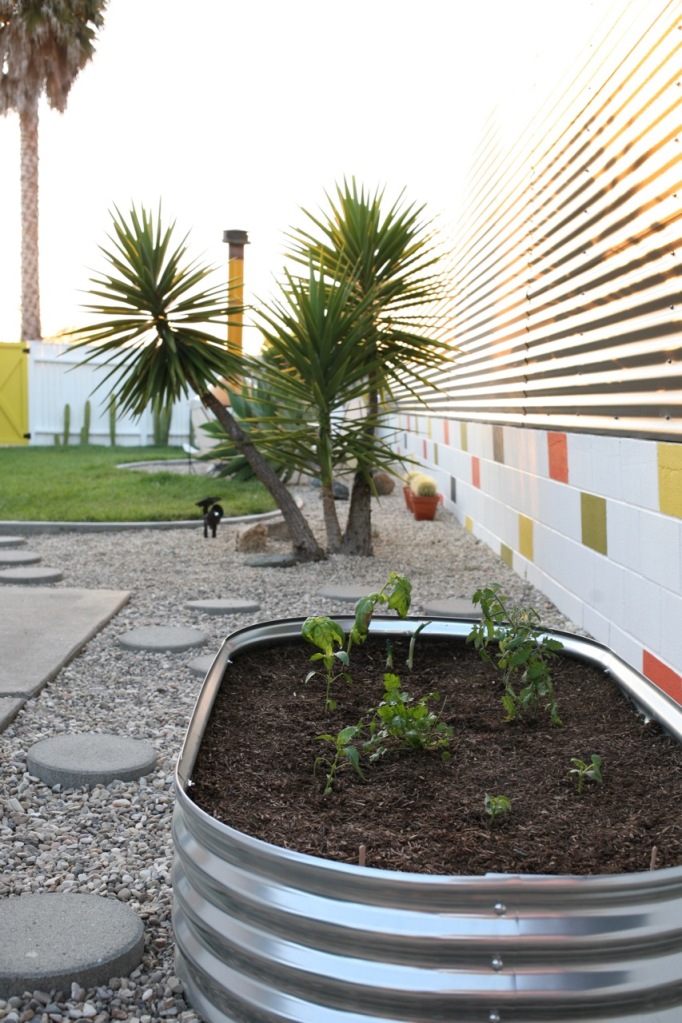 Following years of avoiding things that tie me down, it felt like it was time to venture back into vegetable gardening – on a small scale. Since we obviously aren’t going anywhere anytime soon, why not? 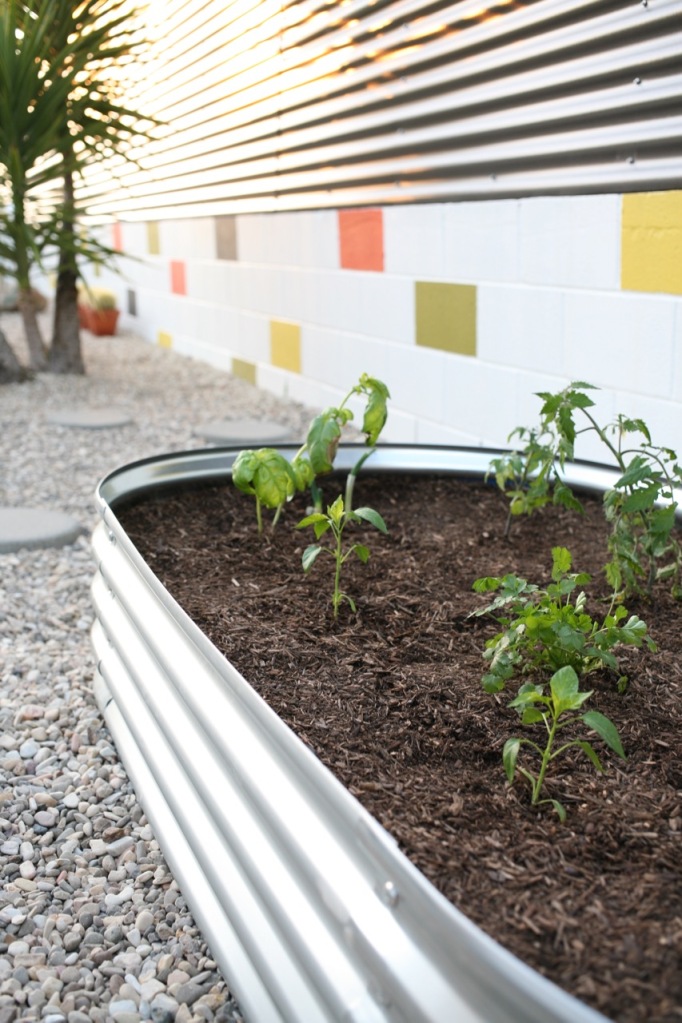 I wanted a smallish, modern, movable, non-wood raised bed and I’m really happy with the one I ended up with (though it looks like it’s out of stock – I think this one is the same?). I like that I can break it down and easily store during seasons (or years) where I don’t want to be tied down. And that it won’t rot. And it really works with our fence. And that I can move it if needed should we decide to utilize this part of the yard in a different way…talking ’bout the hot tub we keep thinking about and chickening out on.

If you are looking for something with similar features, here’s all the options I was considering (this Pinterest board is where I started for ideas). Again, I bought #3 but I think #4 is the same product… 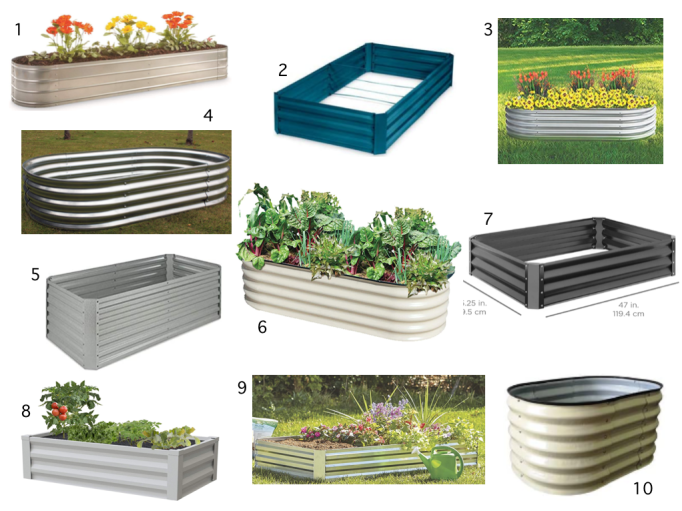 Many of these beds don’t have a bottom. For our yard, I cleared the layer of rocks out of the way, leveled the planter as best I could, and put a double layer of weed cloth down before filling with soil. 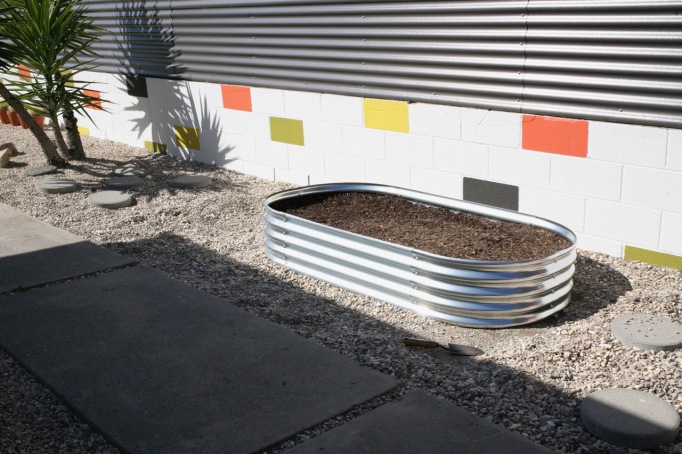 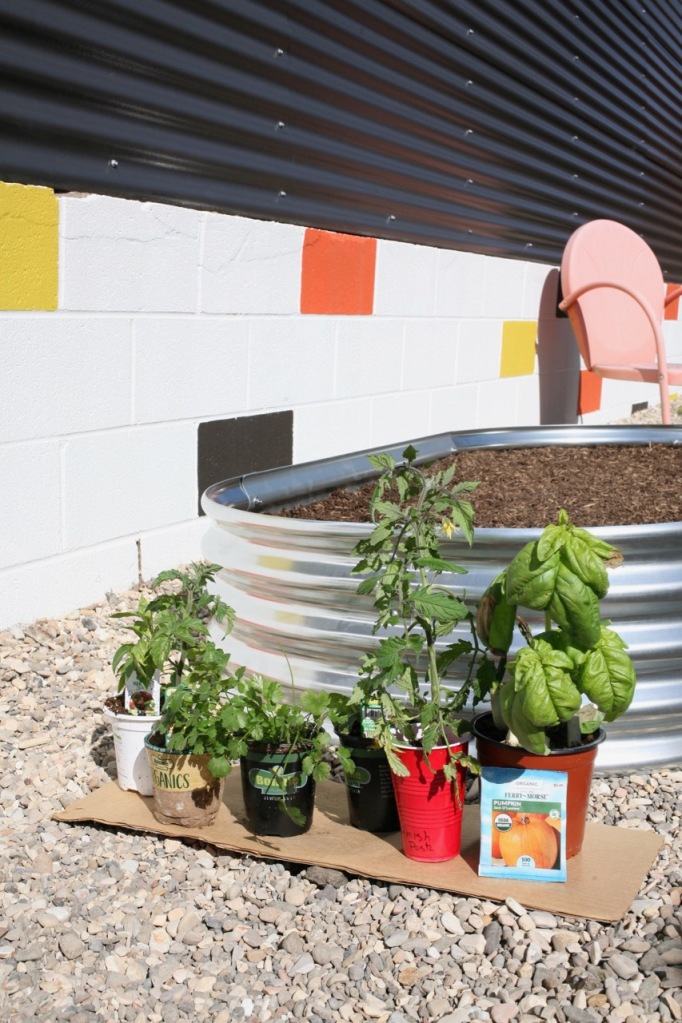 As far as what we planted, I stuck to things I know we consume a lot of: tomatoes, cucumbers, peppers, herbs. The only “fun” thing I dedicated space to was PUMPKINS!!! Growing them has always been hit or miss for me, so I’m not banking on anything besides the hope of Halloween.

I’m going for a high yield, small space garden loosely inspired by square foot gardening. If you are a first timer, I can’t recommend the Square Foot Gardening book enough. It lays out a simple, utilitarian approach with all the info you will ever need to successfully grow veggies.

I gathered a hodge-podge mix of plants and seeds. Some from neighbors, some from Trader Joe’s, some green onion cuttings from our fridge, and some from a mad dash into Home Depot for soil – wearing a train robber bandana on my face. 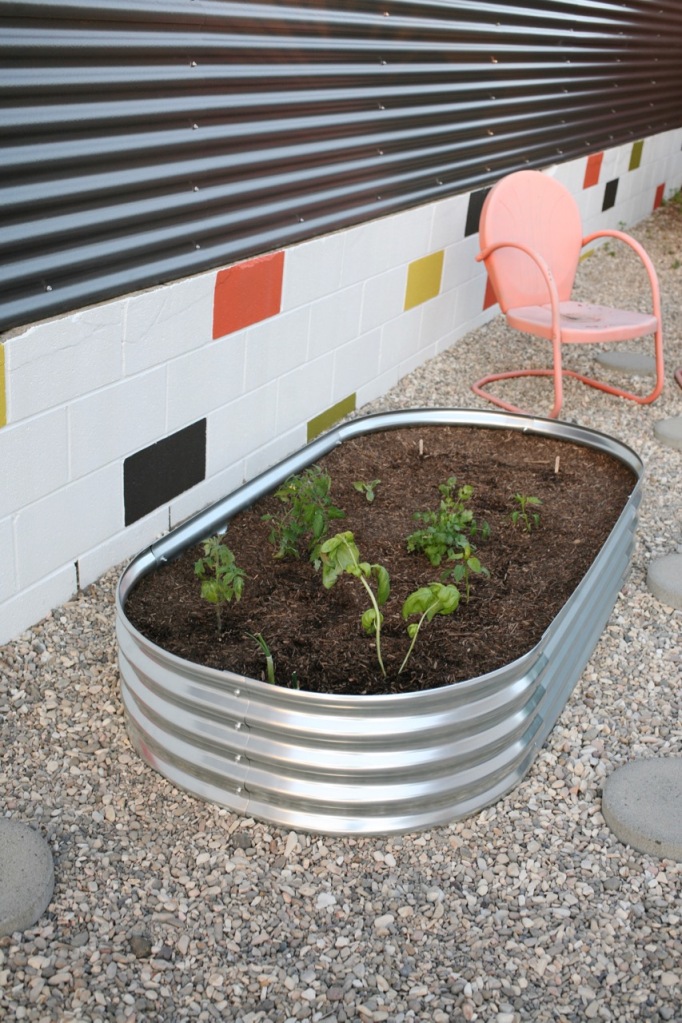 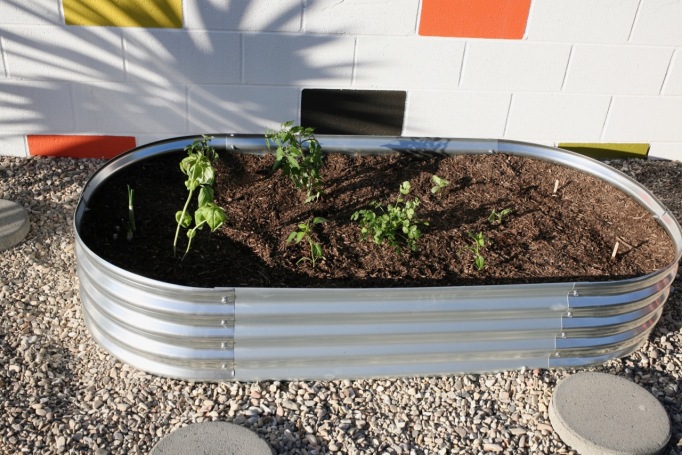 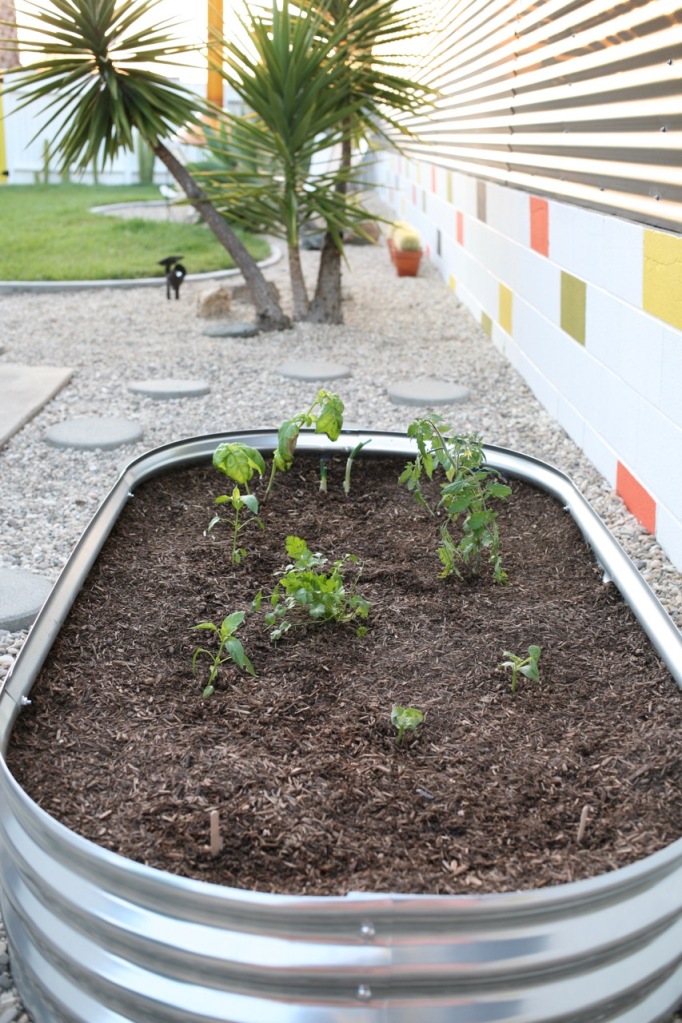 I will eventually stake up the tomatoes and cucumbers (pumpkins, if successful, will vine over on to the ground) with bamboo and twine since I don’t have any tomato cages at the moment :)

Hope you all are doing ok out there! xoxo Jenny