Finding good looking ceiling fans is the worst! An impossible feat – even if you have a big ceiling fan budget, which I don’t. I do, however, have a major need for ceiling fans. In every bedroom. The breezy Pacific is close enough that air conditioners aren’t common or needed more than a few times a year here. So fans are. And I really need decency in appearance. 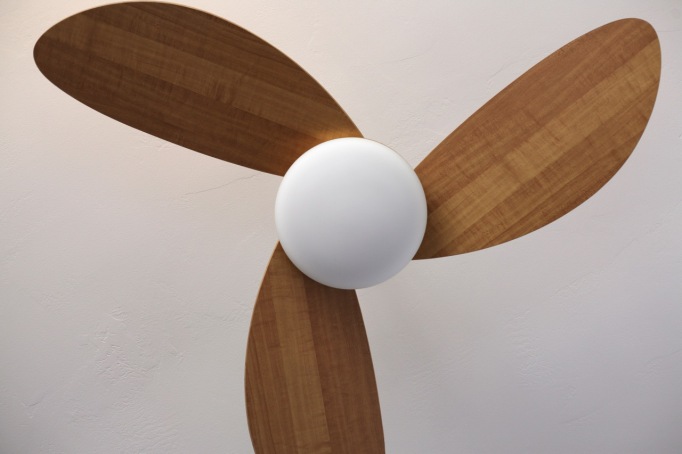 Eight years and two houses ago, Lowes carried these fans that were oddly awesome (Avian by Harbor Breeze). Playful, light, with an Eames bent plywood vibe going on. We installed one in our nursery before our kids were born and it was great. Then we moved and obviously said goodbye to that fan. I’ve been searching for good ones since we bought this house, with no success. What I really wanted was just more of those, even they have been long gone since 2006. 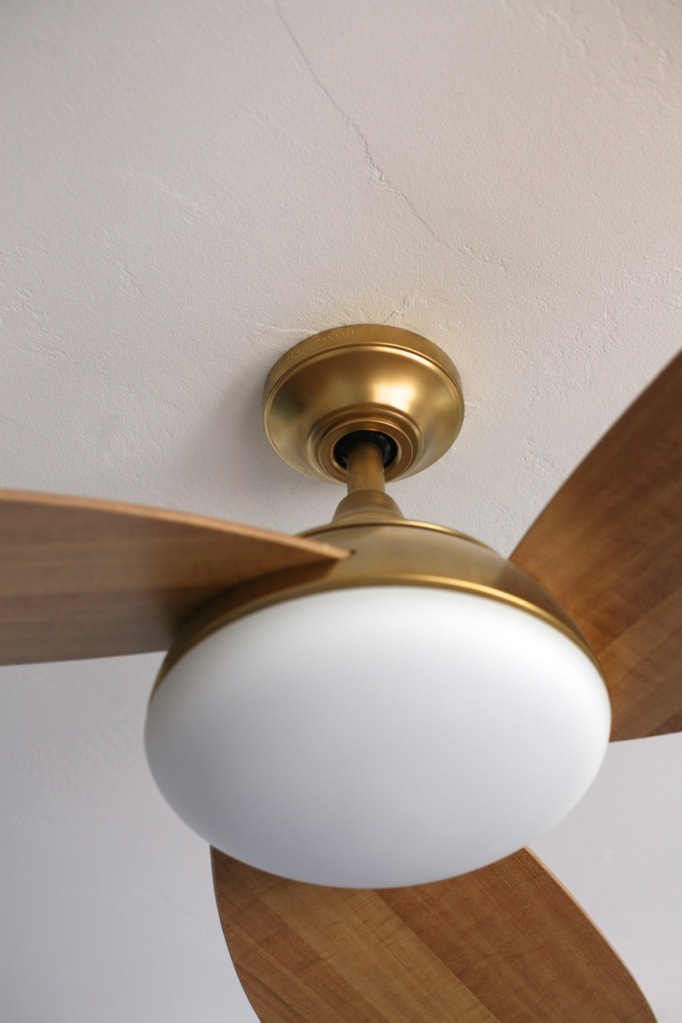 Good thing I have tons of stubbornness and determination because here I stand a few months later with not one, but two fresh new-in-box Avians (thanks ebay!). 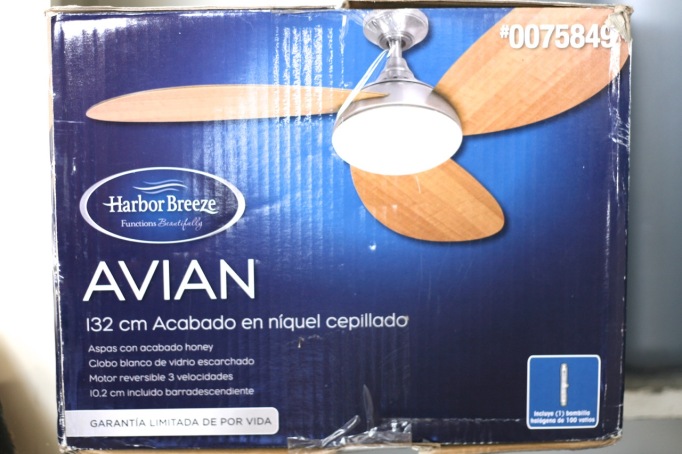 The fans are great as they are with the brushed nickel finish. But my house leans gold and, while I’m sure I could get away with them being silver, I could think of no reason that they shouldn’t be painted a brassy color. So I spray painted this one before installation and I love it! (See this post for more info on that.) One is already installed in the kids’ room and the other is waiting to be installed in the guest room. 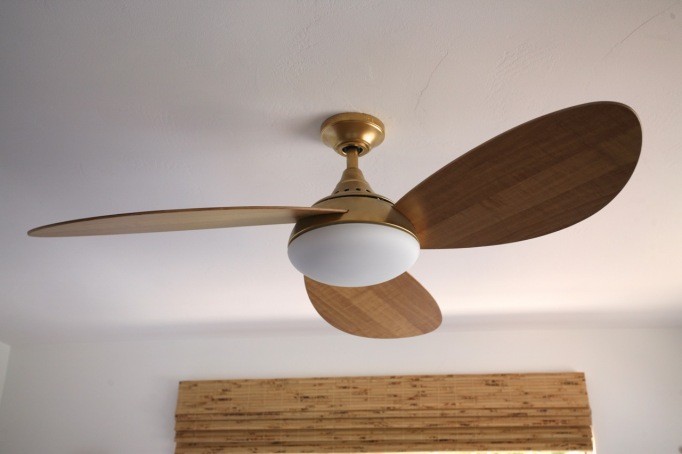 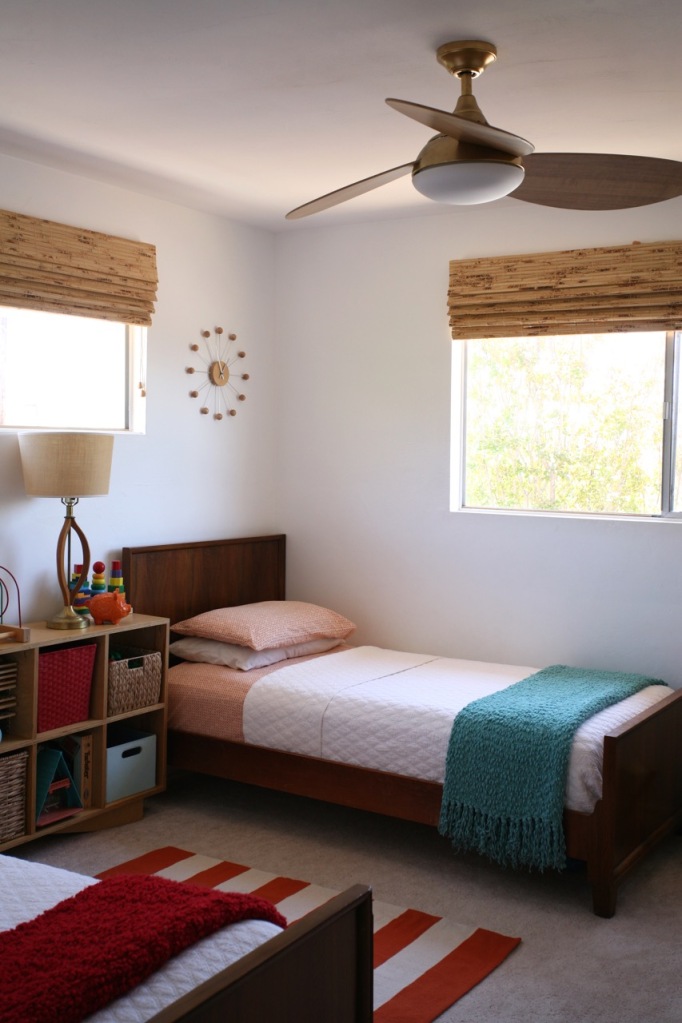 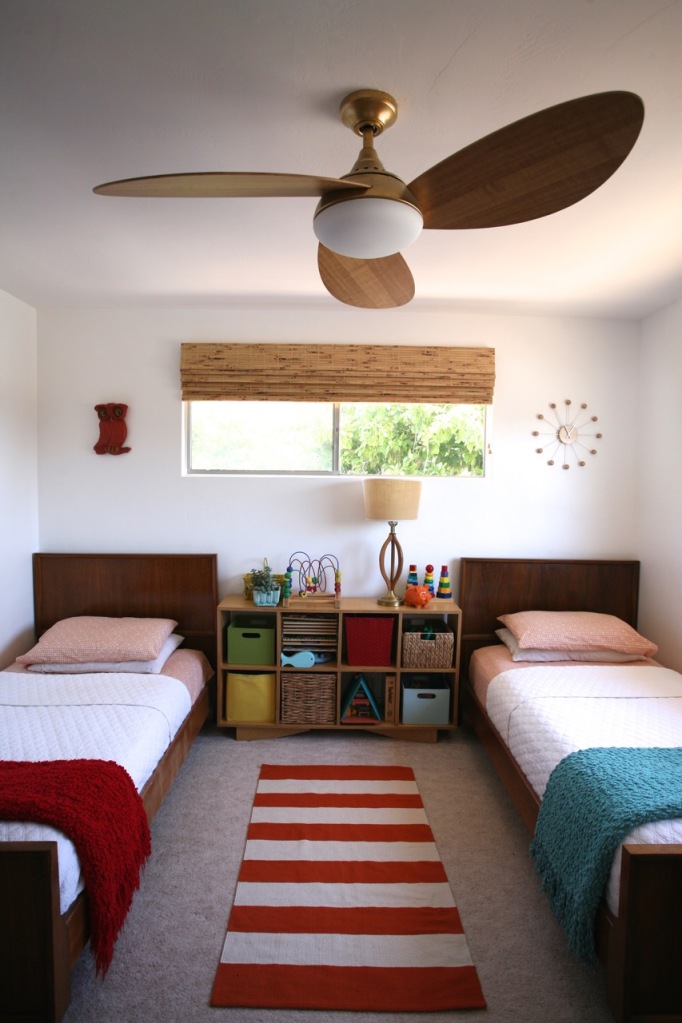 After many failed searches for a master bedroom ceiling fan, I’m considering just hunting down another of these and being done. Unless someone has an awesome ceiling fan resource I have overlooked? (Update: Here are some affordable ones I dug up!) Thanks for reading everybody! -Jenny